Tinikling originated on the island of Leyte as a traditional Philippine folk dance during the Spanish colonial era. The dance is named after the native the Buff-banded Rail, but for many locals this bird is named the Tinikling bird. The name stems from the Tinikling bird in which the dance mimics the bird dodging bamboo traps set by rice farmers as the rice farmers attempt to catch the birds. Typically, this dance is performed at schools as well as special events such as Filipino independence day or weddings to express the Filipino culture. 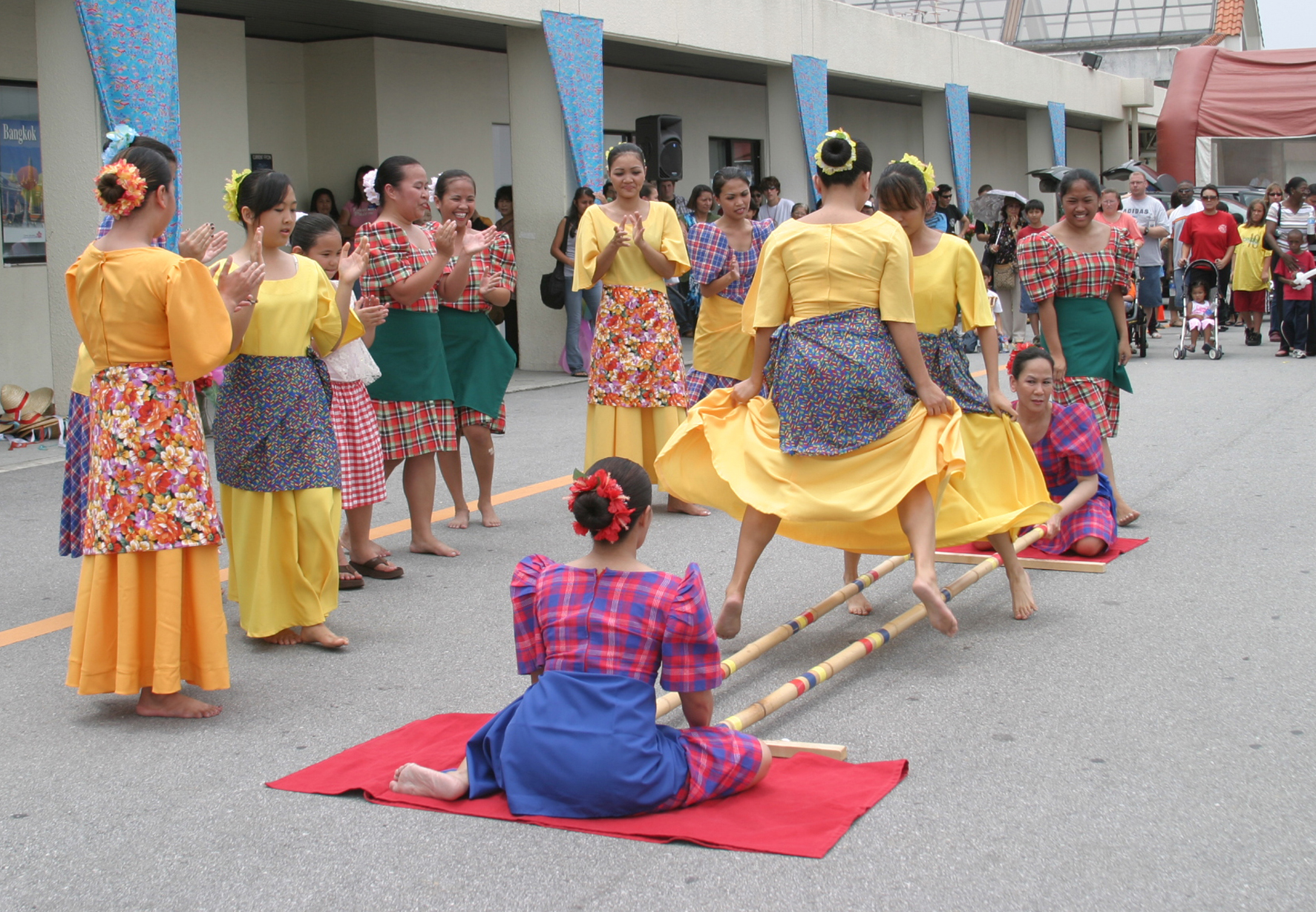 As the legend goes, when the Philippines were under Spanish control, the Filipino people worked on large plantations. If they did not work up to the expectations of the Spaniards, a punishment of standing between two bamboo poles was brought upon them.

The dance consists of two bamboo poles between 6 and 12 feet held by “clappers” who kneel or sit on the ground. Like how the Tinikling bird would avoid the bamboo traps, the dancers do the same. As the bamboo poles are being slid, beat or tapped they produce clapping sounds as a percussive instrument.

Typically, as the dancers are performing, rondalla music will be played in the background as the bamboo poles are creating music too. The dancers have to move between the fast moving poles and between them while dancing!

(The women wear a traditional balintawak dress, typically worn for this dance)

Along with the dance tradition, males wear barong tagalog; a long sleeve formal shirt and balintawak are worn by the women. Balintawak is a colorful dress that consists of a skirt, kerchief and a matching apron. One thing that stands out is the fact that the whole dance is performed without shoes!