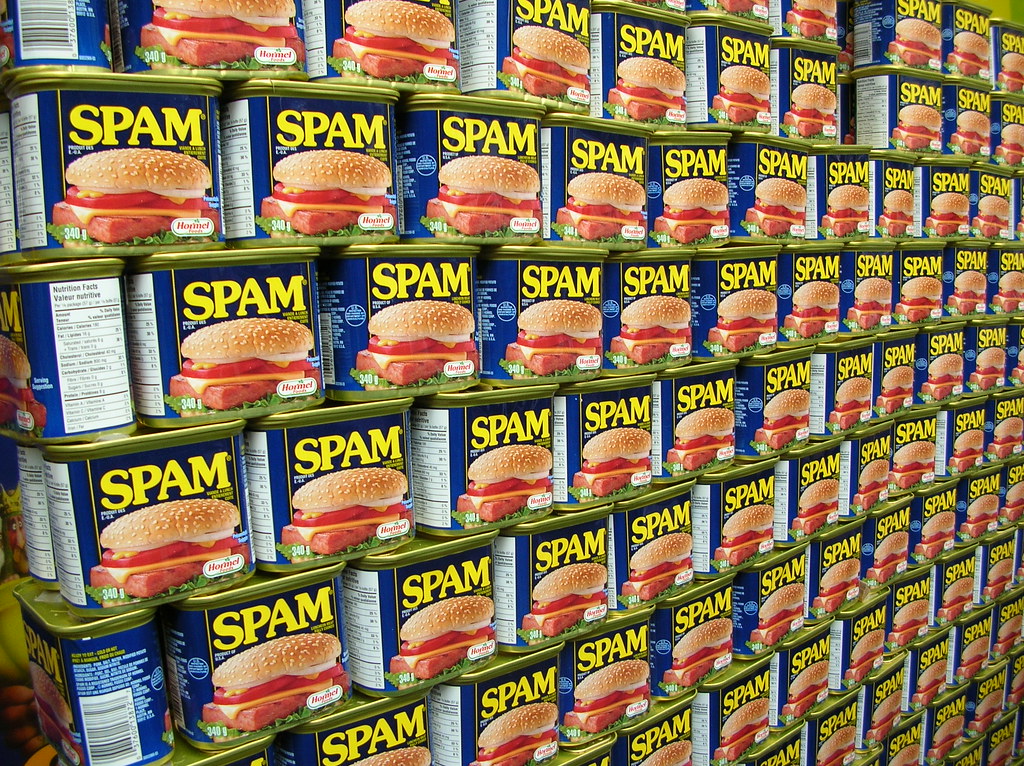 The Creation of an American Icon

What is Spam exactly? No, not the junk mail you disregard. In the food industry, it is canned spiced pork and ham, with salt, water, potato starch, sugar, and sodium nitrite. This canned meat has gained popularity in many places like Hawaii, Asia, Guam and many other island nations. To figure out why it became so popular around the world and why it became a beloved food, we must trace its rich history.

Jay Hormel, son of George A. Hormel, the founder of Hormel Foods, wanted to differentiate himself from his competition. Hormel did not want to use his competitors' ingredients, which consisted of various pig parts such as the lips, snouts and ears so Hormel decided to be unique with his product by using the shoulder of the pig with added spices to differentiate himself from other brands. At first Spam was marketed as an inexpensive luncheon meat for the citizens post Great Depression. While Spam itself was not available until 1937 it did not take long for this canned good to become a consumer favorite along with an unprecedented future.

No one expected a can of meat from Austin Minnesota to impact the rest of the world in the manner that it did. In 1941, The Lend Lease Act was passed allowing Hormel Foods to ship up to 15 million cans of Spam per week across the globe. Soon Spam was feeding Great Britain, the USSR and other allied countries. Former Premier of the USSR Nikita Krushchev, President of the United States Dwight D. Eisenhower and Margaret Thatcher who was Britain's future prime minister, all complimented the taste of Spam and what it did for their countries.

From Spam feeding soldiers to civilians across the world, even President Eisenhower wrote a letter to Hormel and commented:  “During World War II, of course, I ate my share of Spam along with millions of other soldiers. I’ll even confess to a few unkind remarks about it—uttered during the strain of battle, you understand. 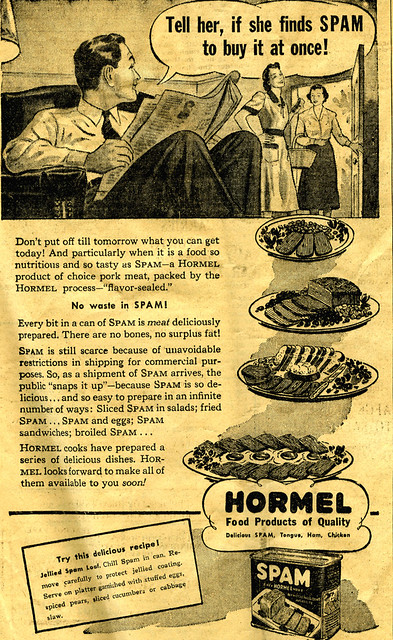 But as former Commander-in-Chief, I believe I can still officially forgive you your only sin: sending us so much of it.” In addition, Krushchev said in his autobiography, Krushchev Remembers, “there were many jokes going around in the army, some of them off-color, about American Spam; it tasted good, nonetheless. Without Spam, we wouldn’t have been able to feed our army. We had lost our most fertile lands.” The success of Spam was further demonstrated by the fact that after the war Hormel produced 150 million pounds of meat across the world while 90 percent of the tinned meat went to the military.

“Without SPAM we wouldn't have been able to feed our army."

Jay Hormel founded the Hormel Girls in 1947; a group of mainly veterans who were women that were responsible for promoting Hormel products such as Spam. It was a group of 60 women who performed songs and music which eventually became a top rated show among three national radio networks. To this day the Hormel Girls remain an integral part of Minnesota history. Most importantly, as a result of this female group, it allowed Jay Hormel and the Hormel Food Corp to create opportunities and jobs for women after the war.

The Spread of Spam

When World War II ended, many of the soldiers went home but Spam did not go back to Austin, Minnesota. In fact, like many island-nations, including Hawaii which had a large population of Filipino’s, Chinese and Japanese migrant workers had already incorporated Spam into their own cultural dishes. Mainly in part due to the government previously implementing mandated blackouts, food rationing, and food restrictions since Hawaii was a war zone during that time.

So naturally hoarding inexpensive, long shelf life, scarce food ration like Spam became something the locals learned to rely on, very similar to how we stockpile toilet paper today. Spam to Hawaii is considered to some “the steak of Hawaii '' due to its continued popularity. During World War II and the Korean War, the GIs brought Spam with them while on active duty and in doing so it became so popular in the Pacific Islands as well as places like Hawaii, the Philippines, South Korea, and Guam.

From festivals, like Spam Jam which is the yearly Spam festival in Waikiki Hawaii to Austin Minnesota where the Spam Museum is located this tinned meat left a long history within many nations. Both the festivals and museum make contributions and dedications to the wonderful tin canned, inexpensive and tasty meat. The history of Spam has a long and continued impact on taste buds around the world.